Long before any bridges were built spanning the river, a ford existed - although it might have been rather difficult to cross when the river was in spate!

You can still see part of the cobbled road which led down to the ford if you look down over the side of the present road next to New Buildings. Both Ford Cottage and the Old Malthouse (of 16th century origin) are built on the old level.

Note the ring below the house sign - to secure your horse? 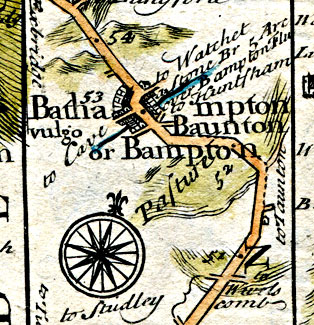 In the mid 1600's, a stone five-arch bridge stood across the river which was still there in 1790 when it was described as 'a strong stone bridge'. The old map on the right says 'Stone Br 5 arc(hes)'. The drawing shown is as shown by J.Ogilby in 1675.

Below is an impressive watercolour, painted about 1800, and based upon the Ogilby drawing. 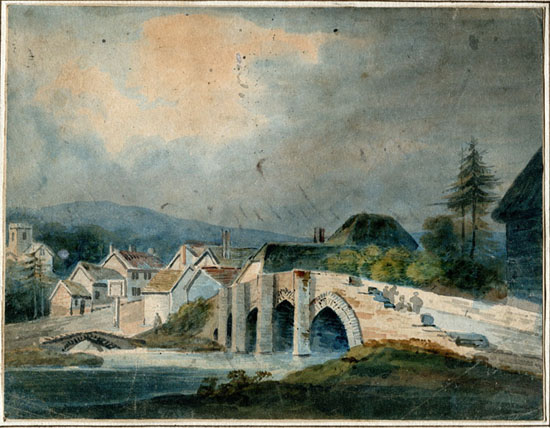 The present bridge was built in 1829 as part of the Tiverton turnpike. The older bridge would have been wide enough for horses only, but the new one was constructed wider to take carriages.

This picture was taken at a time when there had been little rainfall - after an autumn storm it becomes a torrent as you can see below. The ducks take a dim view and watch the rushing water from a ring-side seat! 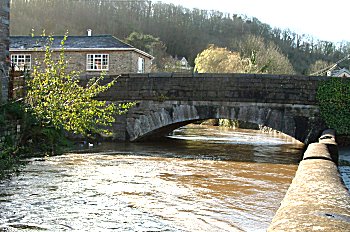 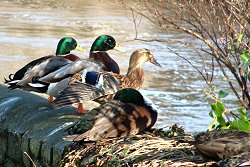 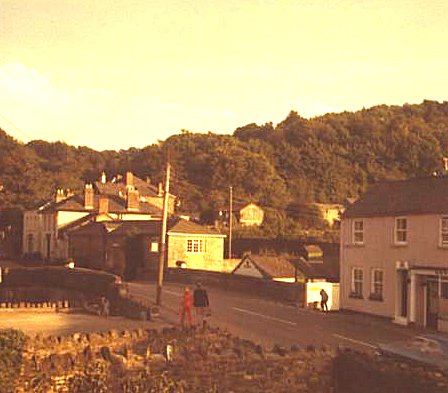 The picture on the left has been sent to us from Australia! It was taken in 1973 by Christine who then lived in 54 Brook Street.

She has also sent us some lovely old photos of Bampton Fair in that year.