History of the Church Clock

Download here a special report on 100th birthday of our clock! 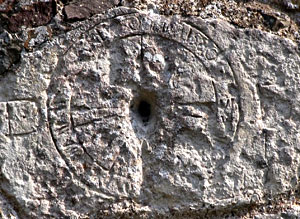 Sundials were used in the eleventh century. (One in Kirkdale, Yorkshire, is dated 1055). They were more common by the thirteenth century, but the oldest on a Devon church is at Bampton, inscribed 1586 with the initials DT. It is set into the Rood Loft stair turret on the south side of the church and is a hybrid between a scratch- and a true sun-dial, but is incomplete (the gnomon is missing) and weather-beaten. It is a Grade I listed monument. 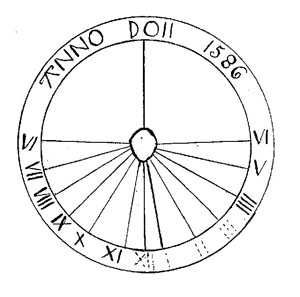 It served as a reminder of the times of services; the hours are shown from 6.00 a.m. through to 6.00 p.m., the times of the first and last services of the day. Before the clock was provided, the bellringer went by the sundial to ring the bells summoning the faithful to the church. One can but hope that the sun always shone at the critical times! Sundials are not accurate. They show the correct time only twice a year, at the equinoxes. Some larger farm and manor houses also had one at that time.

The Bells and the Clock

The bells were hung in the tower long before the first mechanical clock. In 1553 there were four bells in the tower, and “two in ye chapel”, most likely the chapel of St. Luke. In 1729 the second bell was re-cast and 121lbs. of metal added, making two bells from the one. The cost was £15.15.0. for the metal and re-casting, and £2.10.0. for carriage. There were now five bells, which gave a very uneven sound, and these were re-cast into a peal of six in 1800 by Thomas Bilbie of Cullompton, assisted by Mr. Francis Hill of Bradninch, for £123.12.6d., including an entire new timber case. Each has an inscription:

The bells were often rung to celebrate home and foreign events. The accessions of the monarchs, their coronations and anniversaries were rung. Successes at battles at home and abroad were rung, the events often being described in the Churchwardens’ Accounts as “rung for the routing of the rebels”, and they were always rung on November 5th to celebrate the foiling of the “popish plot” to blow the Protestant King James I and his Parliament to the hereafter during the State Opening of 1605.

The Clock and Chimes

In 1728 Mr. Lewis Pridham supplied a new clock and chimes in the tower, replacing an earlier set, at the cost of £22.6.0. When a clock first appeared is unknown, but one was there in 1712 when someone (unnamed) had been paid to mend it. The date of the sundial suggests there not being one there in 1586, and it seems most likely that one first appeared in the mid-1600’s. Rev. G. Oliver, writing in the mid nineteenth century, lamented that the Churchwardens’ Accounts up to Michaelmas 1653 had “unfortunately perished”, but since his day those up to 1711 have also disappeared, making it impossible to see when men were first paid for maintaining the clock. 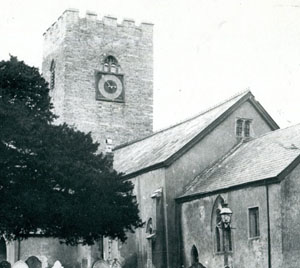 aniel Badcock, a serge-maker, of Castle Grove gave a gift for the replacement of the 1728 clock, which on 7th May 1808 was moved from the belfry to the chamber above. The new clock just struck on the hour. On the same date, a dial plate measuring seven feet across was fixed to the tower against the belfry window. The face was spangled blue with gilt numbers and figures, and was a joint gift from Daniel Badcock and Thomas Newte from Duvale. The very old photo on the right is dated about 1880.

This plate, a square one, was removed in 1919 when a new clock was supplied by J. Smith & Sons of Derby, and a second face was added to the west side of the tower. Both faces then received the present round dials. The new clock also struck the quarters and the hours by means of mechanical hammers striking the bells in the well-known 'Westminster' chimes 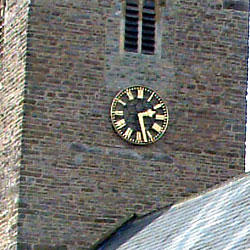 The current clock in the tower of St Michael’s Church has been running and has been well-maintained since its installation in 1919, but few people realise, as they hear it daily strike the quarters and the hours, what goes on behind the scenes. The mechanism works very like a huge grandfather clock, and is powered by three massive weights on cables, descending down the length of the tower. Unlike a domestic clock, these weights have to be wound up again with a very large handle and a considerable amount of ‘puff’. Furthermore, this has to happen every two days - otherwise the clock would stop!

In the distant past this task was taken on by a (very dedicated) gentleman who climbed the spiral stone staircase and wound up the three weights regularly about 200 times a year which must have kept him pretty fit as well as giving a real commitment to the parish.

More recently the job has been shared by a team of over a dozen volunteers, each taking on the task on a monthly basis, which was still a significant responsibility and a large time commitment. 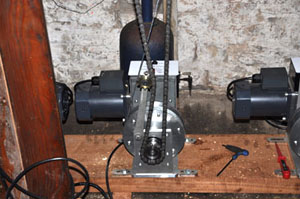 On March 17th 2015, all this necessary labour has come to an end, and the winding of the clock will in future be undertaken by three powerful electric motors operating automatically. It is important to stress that the original clock mechanism is unchanged and it is simply the winding up of the weights which has been converted to electrical power. The motors can wind up quite frequently, and this has meant that much smaller weights can be used with the additional benefit of there being far less strain and wear of the mechanism.

A short video showing these changes and the automatic adjustment of timing can be seen here. It is very popular, already over 95k viewings!